To share your memory on the wall of Richard Bellew, sign in using one of the following options:

Provide comfort for the family of Richard Bellew with a meaningful gesture of sympathy.

To send flowers in memory of Richard A Bellew, please visit our Heartfelt Sympathies Store.
No funeral details available.

We encourage you to share your most beloved memories of Richard here, so that the family and other loved ones can always see it. You can upload cherished photographs, or share your favorite stories, and can even comment on those shared by others.

Posted Feb 20, 2020 at 01:39pm
I am so sorry for your loss. I knew Rich through the insurance industry and he was a joy to be around. There was always much laughter and good humor when we all were together at meetings and working sales events.


He will be greatly missed 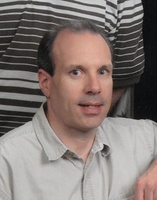