To share your memory on the wall of Shaun Eshelman, sign in using one of the following options:

The gesture that can change the world

We encourage you to share your most beloved memories of Shaun here, so that the family and other loved ones can always see it. You can upload cherished photographs, or share your favorite stories, and can even comment on those shared by others.

Posted Mar 20, 2020 at 06:44pm
My condolences to Mike and the entire Eshelman family who have born more than their share of grief.
Will always be in my thoughts, memories and prayers.
Al Collard
Comment Share
Share via:
BL

Posted Mar 19, 2020 at 10:49pm
My thoughts & prayers are with you all during this difficult time. Thanks Shaun for the 120 mph ride on Route 8 in the Lamborghini, its a ride Ill never forget. Rest in peace my friend & God speed ahead! 💙
-Beth Lawrence
Comment Share
Share via:
S

Posted Mar 19, 2020 at 09:23pm
So very sorry to hear of Shaun's passing. He will always be a very big part of my life. It was an honor to be his step mother. It was just a few weeks ago he friend requested me on Facebook. Our time in this world is very precious. Always in my heart.
Love Shelly
Comment Share
Share via:
C

Shannon and Lisa, I my thoughts and prayers are with you and your family. Love and hugs, Carol Burress 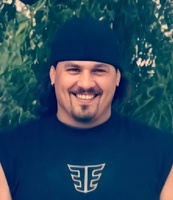